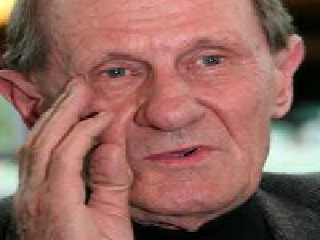 There in the reading hall “Kazakhstan kitaptary” is organized the book exhibition, dedicated to the 80-th anniversary  of the well-known Kazakhstani critic and literary expert Viktor Vladimirovich Badikov.

Viktor Vladimirovich Badikov was born on August 15, 1939 in Buzuluk city ofthe Orenburg region. He graduated from the philological faculty and the post-graduate course at the Kazakh state university after S.M.Kirov (now the KazNU after al-Farabi).

In 1964-1974 V.Badikov teaches at the Kazakh agricultural institute of Almaty city, in 1981-1983 he is the visiting professor in the higher educational establishments of Poland, in 1974-2008 he is the teacher of history and theory of literature at the Kazakh pedagogical institute after Abai  (now the KazNPU after Abai).

The main literary works of V.Badikov are in sociology and poetics of the Russian and Kazakh literature of the XX-th century. The research “The author’s consciousness and social order within the structure of the text” (2000) is dedicated to the problem “artiste and power” upon the materials of prohibited literature of the 1920-ss. He is the co-author of a number of textbooks on Russian literature for the Kazakhstani secondary schools.

V.Badikov is the authopr of a number of critical works dedicated to the social role of the writer, of the collection of verses named “There is some worry” (published posthumously).

The doctor of science in philology, professor, member of the Writers’ Union of the RK and the PEN-club, was the outstanding pedagogue of the higher school, one of the leading literary experts and critics of Kazakhstan, the author of the monographs and school textbooks in Russian literature. Everything written by B.Badikov is an indispensable and necessary part of the cultural heritage of our republic.

For his merits B.Badikov was marked by the honorary title “Veteran of labour”, the badge “For merits in the development of science of the RK” (2001), the medal of the International Club after Abai for the best work in the nomination “Critics and literature study” (2007).

There at the book exhibition out of the fond of National library of the RK are presented the materials about the life and activity of the scientist, his scientific works, articles and the recollections of his friends on the pages of the periodical press.

We have 199 guests and no members online