There in the reading hall of periodical editions is organized the book exhibition dedicated to the centenary of the republican public-political newspaper “Express K”. 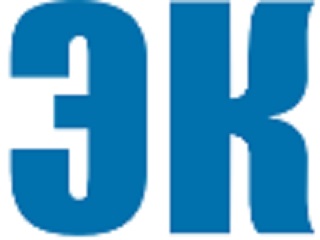 There in the reading hall of periodical editions is organized the book exhibition dedicated to the centenary of the republican public-political newspaper “Express K”.

“Express K” (the former “Leninskaya smena”) – the everyday public-political republican newspaper of Kazakhstan. Published from 1920 in Orenburg. In the 1920-s it was published under the title of “The red youth” (unfortunately there are preserved only several copies only in Orenburg), “The youth’s truth” (1922-1923) and “Komsomolets” (1924-1925). From 1928 the publication was renewed , and this time the edition had the name “Leninskaya smena”, in 1929 the newspaper moved from Kzyl-Orda to Almaty. In the Soviet times it had the youth’s proclivity and was the official organ of the Komsomol organization of Kazakhstan.

From the first days of its establishment “Leninskaya smena” was conducive to the propagation and wide-spreading among the youth of the ideas of new socialist life, different political and social companies of the 20-30-ss of the past century. The mass vapproaches of general education, the fight with illiteracy, the multiple newspaper forms in the industrial and agricultural production, the preparation of national cadres, the development of the Stakhanov movement, the transformation of Kazakhstan into the mighty economic stronghold at the east of the country – these and other themes of the newspaper played the significant role in the building of the basics of socialism in the republic.

A special place in its history is occupied by the tselina thematics. The newspaper operatively and in the businesslike method responded to all the issues connected with the mastering of the fallow lands. “Leninskaya smena” called the young virgin-landers for the feats and described their shock work. The workers from “Leninskaya smena” sought and found the heroes of the virgin-land. The year 1973 became memorable for “Leninskaya smena”. For the fruitful work in the communist upbringing of the youth, its mobilization for the execution of the tasks of economic and cultural building the newspaper was awarded with the order “The Badge of Honour”.

In the period of socialism “Leninskaya smena” actively helps the Komsomol of Kazakhstan to implement in life the plans made. Its attention is mainly attracted mainly to the problems of the economic reform, organization of the competition for the successful implementation of the tasks of the five-year plans.

On August 28, 1991 the newspaper “Leninskaya smena” was renamed into “Express K”.

But despite such a venerable age, the newspaper does not lose its dynamics and the creative potential, it is enriched with traditions, highlighting of the most significant events in the life of Kazakhstan, and delivers the hottest news.

In 2009 the editorial office of the newspaper “Express K” moved to Astana. The newspaper is wide-spread in all the regions of Kazakhstan. The circulation is more than 51 500 copies.

Chief editor of the newspaper at the present time is Ilya Guk.

There at the exhibition are presented the materials from the fond of the National library of the RK, the files of the newspaper  “Express K” for different years, the articles of the well-known writers and journalists, public and political figures published on the pages of the periodical press.

We invite everybody to the exhibition!

We have 293 guests and no members online