Organized the book exhibition dedicated to the 150-th birthday of Ivan Alexeevich Bunin. 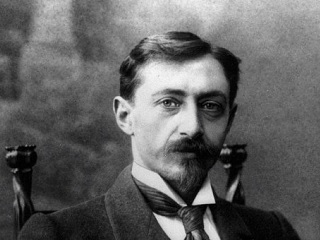 There in the hall of world literature is organized the book exhibition dedicated to the 150-th birthday of Ivan Alexeevich Bunin.

Ivan Alexeevich Bunin is the Russian prosaic, poet, translator, the first Russian owner of the Noble prize in the sphere of literature (1933), honorary academician of the Saint-Petersburg Academy of sciences (1909).

Ivan Alexeevich Bunin was born in Boronezh city, in the ancient noble family on October 10, 1870. The primary education Bunin received at home. After that in 1881 the young poet entered the Eletsk gymnasium. But without finishing it, he returned home in 1886. The further education Ivan Alexeevich Bunin received thanks to his elder brother Yuliy, who had graduated from the university with honors. When he was young, the writer tried many professions: he served as a statist, librarian, worked in the newspapers. The first verses of the poet were published in 1888. In 1889 Ivan Alexeevich moved to Orel and worked as the corrector in the local newspaper. Bunin’s poetry compiled into the collection named “The verses” became the first published book. Soon the creative activity of Bunin received publicity. The next verses of Ivan Bunin were published in the collections “Under the open sky” (1898), “The leaf fall” (1901).

A considerable imprint in the life and creative activity of Ivan Bunin were left by the acquaintances with the greatest writers (M.Gorkiy, L.N.Tolstoi, A.P.Chekhov and others). After the acquaintance with M.Gorkiy, Bunin cooperated with the publishing house “Znaniye”, where there appeared his stories “The antonov apples”, “The pines” (1900-1901). In 1915 the prose of Bunin was published in the Full collection of works in 6 volumes. In the autumn of 1909 the writer becomes the honorary academician of the Academy of sciences in Saint-Petersburg.

Bunin quite sharply treated the ideas of the revolution and left Russia forever in 1920. And this is one of the most tragic pages in the biography of the poet. There are in the life of Ivan Alexeevich Bunin many travels and movements (Europe, Asia, Africa). In the emigration Bunin actively continues to be engaged with the literary activity, he writes his best works: “Mitya’s love” (1924), “The sunstroke” (1925), and also the main novel in the life of the writer – “The life of Arsenyev” (1927-1933). This work brings for Bunin the Noble prize which was awarded to him in 1933 for “the truthful artistic talent with which he re-created in artistic prose the true Russian character”. In 1950 there was published the book “The recollection”.

The role of Bunin in the history of Russian literature is extremely important. The clarity of the language, the precision of the images and the perfect wholeness of the composition – all these traits of mastery are inherent in Bunin and which make his works the finished literary specimens of the classic Russian realism.

Ivan Alexeevich Bunin died on November 8, 1953. He was buried at the cemetery of Sainte-genevieve –des-Bois in Paris.

There at the book exhibition out of the fond of National library of the RK are presented the works of the writer and the literature about him in the Russian and English languages.

We have 243 guests and no members online