The book exhibition “The great Russian poet is 220 years old”

On June 6, 2019 there in the reading hall of world literature is organized the book exhibition “The great Russian poet is 220 years old” dedicated to his jubilee. 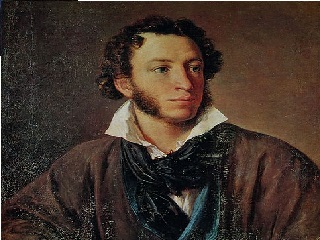 As the main traditions of Russian literature he asserted humanism, people’s traditions, realism, civil position. His poetry is the brightest example of harmonically splendid art in the Russian and world literatures.

The book exhibition is presented from the fond of National library of the RK in the Kazakh, Russian, English and other languages, which consists of three sections.

There in the first section is narrated about the life and creative activity of the poet. There at the exhibition are presented the books of P.E.Shchegolev “From the life and creative activity of Pushkin” (1931), of Chereiskiy L.A. “Pushkin and his surrounding” (1988), which contain the documentary data about the contemporaries, with whom the poet communicated during the whole of his life. These are also the relations, the comrades by the Lyceum, the Moscow and Petersburg literary workers, artistes, office workers, officers, merchants and foreign diplomats. Of interest are the albums “Pushkin. The palaces and parks”, “The Pushkin’s Petersburg” which give a notion about the memorial significance of this city, with which is inseparably linked the life and creative biography of A.S.Pushkin.

There in the second section is considered the literary activity of A.S.Pushkin.

There at the exhibition is presented the full collection of works in 18 volumes published in 1996, where for the first time in history of publications of the collections of works there were systematized and arranged more than 400 drawings of the poet made by him in the manuscripts and upon separate sheets.

In the third section there is exhibited literature about the poet, his role in Russian literature and his influence upon world literature. And also attention is paid to the fact that there in the fond of the library are the unique editions of A.S.Pushkin: the works in 8 volumes, written in alphabet in 1838 (Saint-Petersburg); the drama “The stone guest” in four acts, written in Arabic scripts in the Kazakh language in 1926; The full collection of works in one volume of 1949 (Moscow) in the quantity of 1523 pages; “Count Nulin” as  the miniature book of 9x6.5cm (Moscow) of 1967 and others.

We invite everybody to visit our exhibition!

We have 395 guests and no members online

© 2013-2022 National library of the Republic of Kazakhstan. All Rights Reserved.
Creation and website maintenance – Helena Burbel.